Polynomials (for the non data scientist)

"Don't worry about your difficulties in Mathematics.  I can assure you mine are still greater."  Albert Einstein
The nth degree
Whenever you talk to a data scientist there will be a point in the conversation when the data scientist will probably say, "polynomial to the nth degree."

The definitions you hear are similar to the definition Data from Star Trek: The Next Generation would provide.  Imagine Data saying quickly and without emotion,  "The degree of a polynomial is the highest degree of its terms when the polynomial is expressed in its canonical form consisting of a linear combination of monomials."   I did not make up this definition. This is the real definition provided on Wikipedia.

Purpose
The purpose of a "polynomial" is to solve problems.   Developing a model using a polynomial (some equation) is an attempt to draw a line through actual observations.  It is akin to connecting the dots to see if some pattern pops out.  Todays programming languages allow for complex polynomials to be developed using only a few lines of code.  Just because complex polynomials to the nth degree can be derived does not mean they are effective and useful.

Middle School Math
Most everyone has forgot everything they ever learned about polynomials in middle school math.  Yes, you studied polynomials (and some data science) in the 8th grade.  You may even had thought or said, "I will never use this in real life."

1st degree polynomial is just a straight line also known as a linear equation.  It is called linear because it is a straight line.  The rate of change is the slope of the line and is constant. 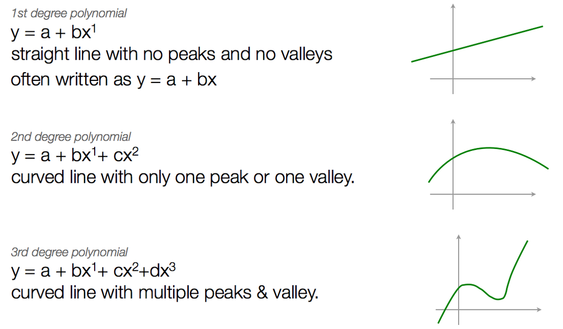 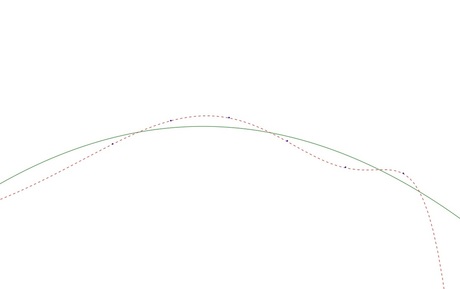 Figure 1
."Tweaking the Math or are more degrees better?

Nth degree (or playing with matches)
By adding additional degrees to a polynomial you can get silly looking lines that curve and bend to fit each individual data point (see graphs below).  The goal of hitting each data point is to minimize error and perhaps even eliminate error. This is also known as overfitting a line.

I created this beautiful model (see graph below) a few weeks ago of home runs. The point of the model is to help understand steroid usage in Major League Baseball (MLB).  A problem with my model and any polynomial to the nth degree is it does not work well  beyond the data in question. In the graph below, I have extended the model beyond the year 2015.  The headline of my analysis could be "2067  the year no home runs are hit in Major League Baseball."  We all know this is nonsense. The model is useful in helping understand steroid usage in baseball for the period of time where there is data.

Too much of a good thing
To paraphrase  Ockham's razor, The simplest models tend to be the best models.Models should be built with the fewest degrees possible. The more degrees, the more complex and the more difficult it is going to be for business units to understand and use any model. Business units, sales teams, or advertisers don't care about the model.  What they care about is how the model can help them improve the business or solve a problem.

Models should be built to solve problems.Just because complex polynomials to the nth degree can be built does not mean they are useful.  There is a tendency to gravitate and falsely conclude that the more complex a model the better the model.  Nothing could be further from the truth.  To paraphrase the Three Little Bears, some models are too complex, some models too simple, and some models are just right.

Notes:
There is a Next Generation Star Trek episode called, The Nth Degree.

I thought about using this Star Trek quote instead of the Borg Queen quote. Spock about Khan, "He is intelligent, but not experienced.  His pattern indicates 2 dimensional thinking. " 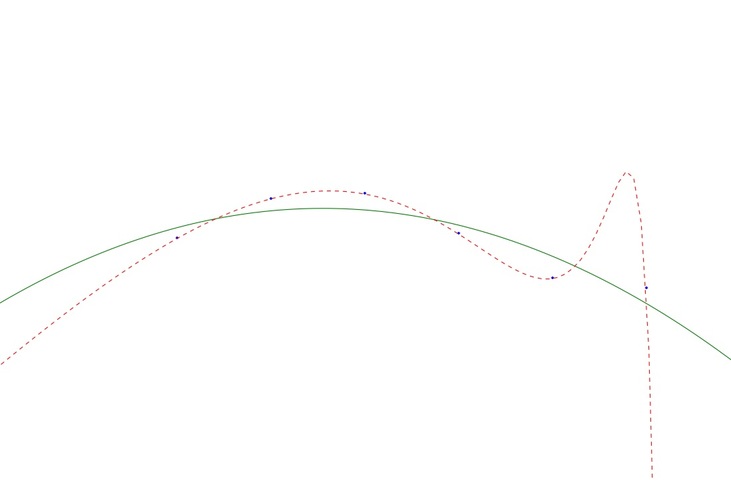